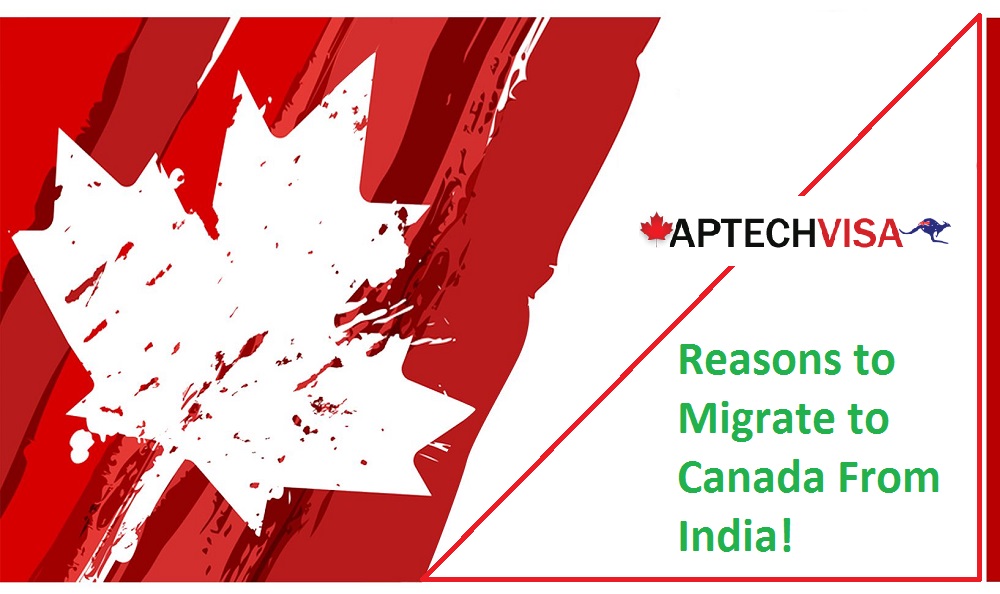 Reasons to Migrate to Canada From India!

This has passed all the denials that Canada is the top country we Indians consider moving. Despite a huge climatic difference (Canada being the top cold country), why the country is increasingly chosen by Indian Residents?

If you too is willing to apply for Canada PR from India, then following are the top reasons to count on your decision:

Canada’s official and most- prominently used language is English.

Unlike off-shore languages like Spanish or German, Indians are equipped with a fairly good English (thanks to colonial influences).

Therefore, no language barriers as such, are being faced by Indians even after moving to a completely new country with different people and different culture being followed.

Count 2 – Many fellow Indians to rely on

Canada has lumps and portions of Indians residing as Permanent Residents (and even as Citizens). There are different colonies and local clubs purely consisting of Indian population. At times, in fact, you would feel like living in your own country!

The Indian population influence could also be seen in the form of various Indian dining to dine at as well as Indian-style celebrations of Indian festivals in the country.

Indians seeks value for money even in the most basic grocery buying! How could they, then just turn away from the number of benefits Canadian government aids to its Permanent Residents?

Free education up to 12th, free healthcare services, free allowances and right to apply for Citizenship are few rare instances of benefits that no other country provides!

Canada even has this provision to grant you residency of the country if any family member (bonded by blood) is already living there as Permanent Resident or Citizen.

The sponsorship program is something unique in Canadian immigration model that even most of the developed counties fails to offer.

The most attractive thing about Canada, despite all the above mentioned benefits, is an easier, flexible and fair immigration model- which is a point based system.

It intakes skilled individuals through rounds of invitations/ draws and not ‘First-come, First served’ basis.

The premises of selection is individual’s age, education, work experience and language skills which no doubt, is an impartial system of selection.