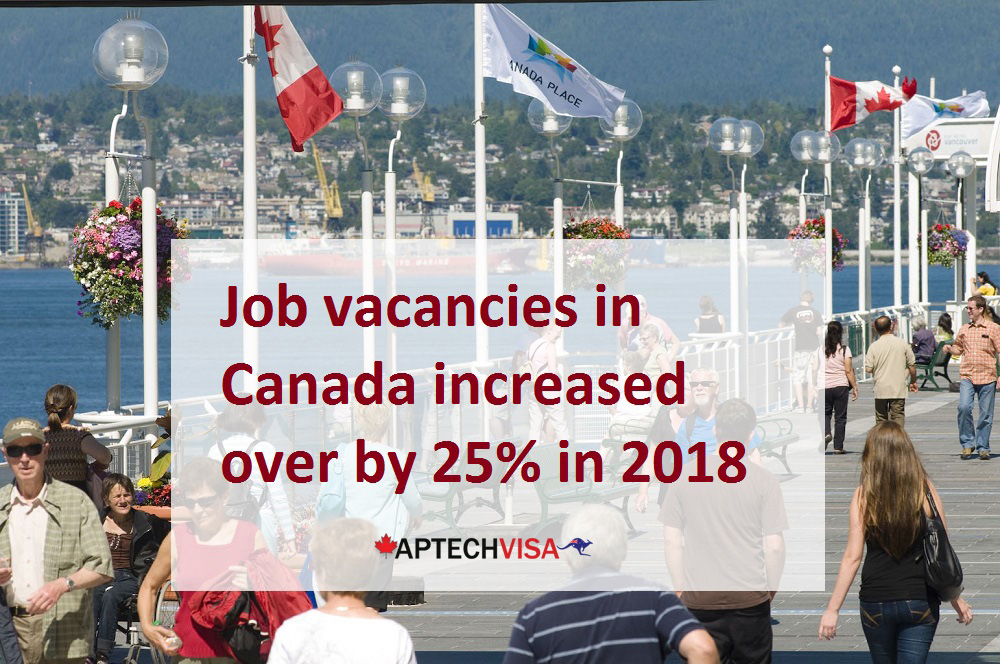 From the last Quarter of 2017 till the end of first quarter of 2018, there has been 4,70,000 Job vacancies re-opened across Canada. Interesting? It has also been observed that majority of these Jobs vacancies are full time with average hourly wage of CAN$ 20.10.

Quebec: The province of Quebec has 29,185 Job vacancies which makes Quebec a province with highest Job vacancies. Since this is the only French speaking province in an English dominant country, the figures are believable.

Ontario: The province with maximum immigrants has Job vacancies of about 28,085 in numbers.

Alberta: 8,890 Job vacancies has been there since the last quarter of 2017. The job vacancy ratio in Alberta province remains this high, year after year.

Prince Edward Island: The smallest province of Canada has Job vacancies of about 285- a negligible number for a province.

Being on a brim of Jobs, this is the right time to apply for Canada Immigration.

If you are a skilled worker with ability to deliver in the economy; having relevant age, education, work experience background as well as English language skills, then Canada is the right choice for you.

Hello Aptechvisa Team, Just wanted to say that till now I have received excellent and seamless service from Aptech. Kudos to you guys for being so ...Read more

Hi Aptech team, This is formal submission of WES  feedback from my side. I got to know about Aptech from Google. After reading various positive ...Read more

Hi, I am Syed Rafic Qadri and I am an Indian Citizen and I am currently working in Abu Dhabi. I am an expert Technologist in the area of Database Ad ...Read more

Hi Monika, My overall experience so far has been very positive and satisfying. You have been quite helpful at all stages of the process so far, i exp ...Read more

Dear Ma'am, It was overall good experience with your entire Aptech team till my educational assessment procedure.   I have got a positiv ...Read more