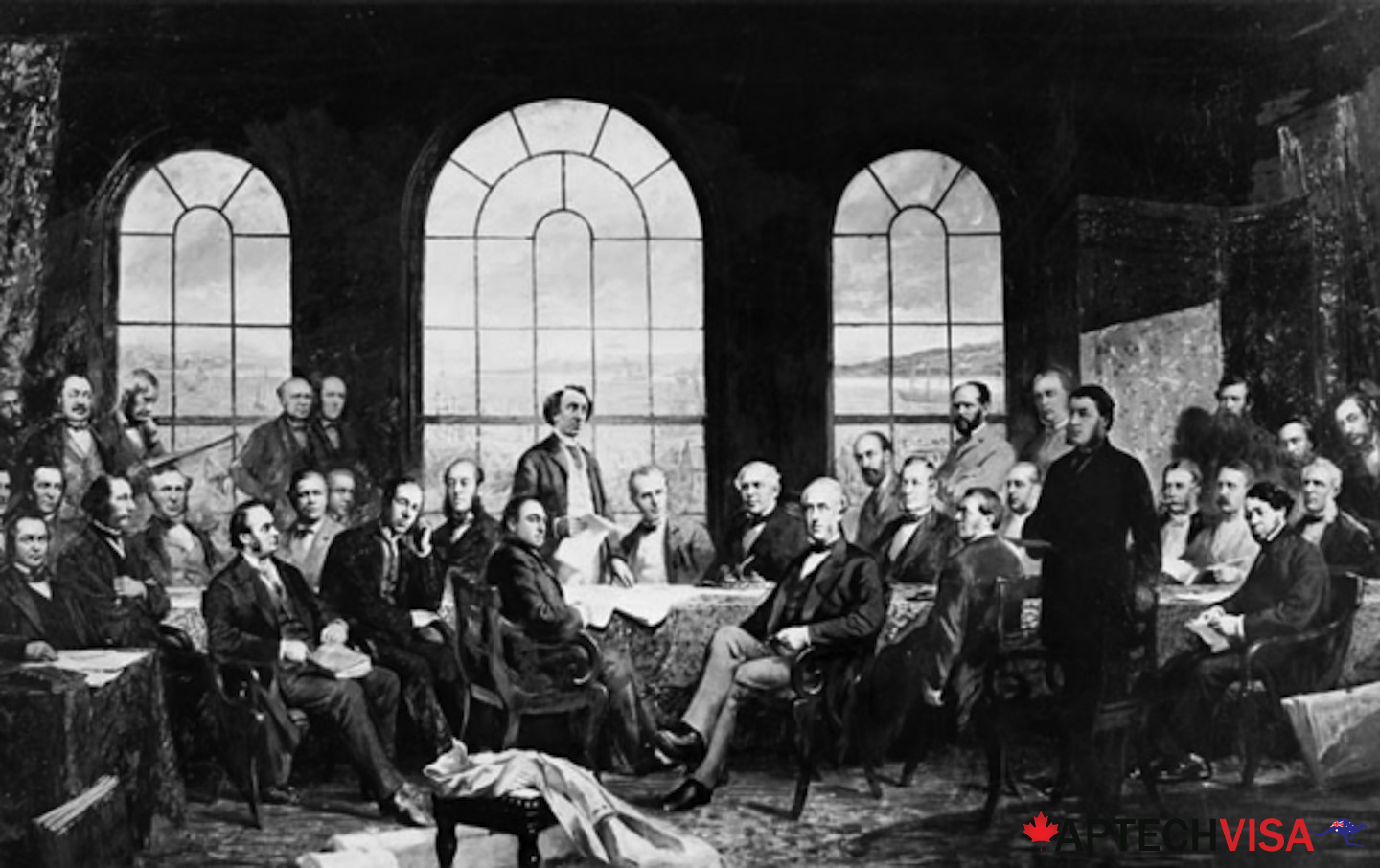 Jiffies to Remember From Canada Confederation, 1867

Like Rome was not built in a day, Canada too was not formed in a day. The country of Canada was in fact, created like a puzzle game, each piece adding itself at its present place, one after another. On 1st of July, 1867, the first brick of the nation was put when the North America’s British Colonies New Brunswick, Nova Scotia, Quebec and Ontario became first dominion of the county which we today called ‘Canada’.

The Confinement of these four provinces of Canada was actually the direct result of the BritishNorth America Act, 1867. Later the provinces of Manitoba and Northwest Territories (1870), British Columbia (1871), Prince Edward Island (1873) and Alberta (1905) joined this confederation through and under similar acts.

The British North America Act, 1867 was signed by Queen Victoria in March which came into effect from 1st of July solidifying two parts of Canada (upper and lower Canada which are now knows as provinces of Ontario and Quebec) along with addition of the provinces Nova Scotia and New Brunswick.

Although, Canada Confederation is known as the birth of the country, it was not until 1982, that Canada attained freedom to practice its own character of rights and call itself an Independent nation.

Under the Constitution Act of 1982 (also known as Canada Act), the country transferred the authority of the British Parliament to Canada’s federal and provincial legislatures.

Nevertheless, it was domination of the four provinces in 1867 that is documented as natal root of the maple leaf country.

The Canada Confederation Day i.e., 1st of July is still celebrated as ‘Canada Day’ and every provincial government observe this day as statutory holiday.