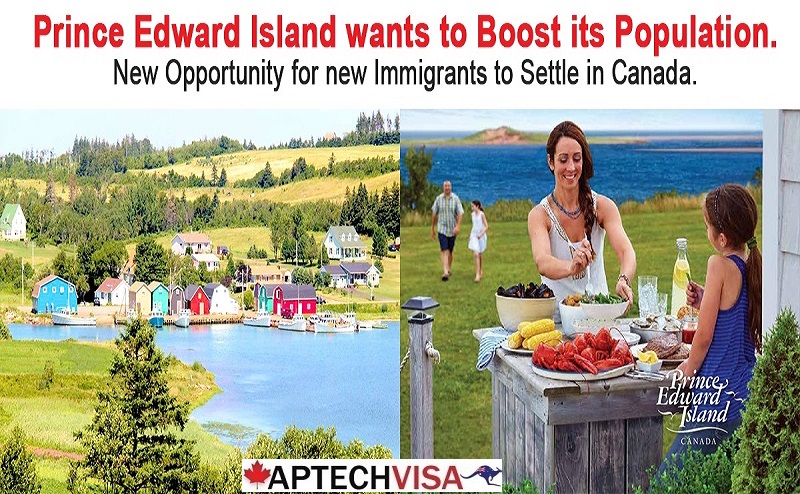 What are the Reasons That Makes Prince Edward Greatest Immigration Destination?

Prince Edward is the smallest province according to both land area and population but it is still making big news in the area of immigration. Over the last 15 years Prince Edward Island has been rapidly increasing the number of applications and migrants in its population. The smallest province has become a popular destination among the potential immigrants because of its unique and attractive immigration programs.

Prince Edward is a small place with has natural beauty in abundance. The place is densely populated and thus, it has a lot of scope for immigration growth.

Prince Edward Island welcomes those applicants who wish to live and work in the small province of Canada.  The province is trying to increase its growth by allowing more immigrants to settle in the province. The island has relatively a small number of immigrants till now but it can be soon changed in the coming year-who knows!

PEI is introducing new and creative immigration programs to encourage people to choose Prince Edward Island as their immigration destination.

The province is attracting people to come to the island and start their business in its smaller rural communities. This initiative is a part of the Provincial Nominee Program (PNP). In this stream, ranking system is followed where; more points are awarded to those who plan to settle in the rural island as compared to those who wants to settle in the capital city of Charlottetown. The purpose of this program is to boost the economy and population of the rural area. PNP under PEI also offers immigration options for people who fully or partially own business located on the island.

Under PNP, there are immigration options to international graduates of the post-secondary educational institutions in the province. Additionally, certain streams are connected with the federal Express Entry System that allows skilled and qualified workers to apply for the Canada PR under Express Entry which is the fastest and easiest way to apply for the permanent residency of Canada.

There is another different immigration program called ‘Atlantic Immigration Pilot’ which offers different immigration options to the fresh migrants to Canada’s Atlantic province. These provinces have labour shortages and the population consist of majorly old people who are not able to contribute to their economy. Hence, PEI invites those employers who are interested to apply to their province to become eligible within the program to and later become eligible to apply for the permanent residence of Canada.

Next Step Under PEI

If any of the above PNP streams interests you then without wasting any time you must get in touch with the experienced visa experts of Aptech Global. We can give you the complete information on the basis of your profile for immigrating to PEI and will try to make the process as simple as possible.

Are you planning to immigrate to Canada? Evaluate all your Canadian immigration chances by filling the free assessment form. You may also connect to the Aptech Global experts on 7503832132 or write to them at info@aptechvisa.com