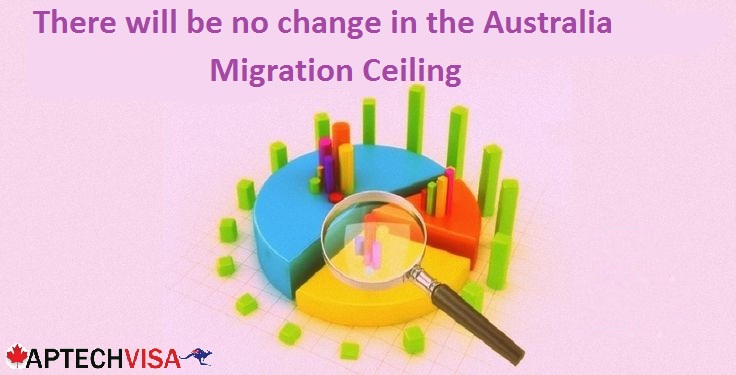 There will be no change in the Australia Migration Ceiling

The migration program total number of immigrant intake is decided at the Australian Government’s Budget process.

The Australia immigration intake came into limelight only after former Prime Minister Tony Abbott called for a significant cut in the nation migrant intake.

The former Prime Minister wanted to lower down the immigration intake to 110,000 in a lieu to lower the cost of living and reduced crime rates.

This plea was rejected by the Home Affairs Minister Peter Dutton to cut the annual Australia’s migrant intake, but it was later emerged that Mr Dutton had asked his cabinet ministers to review the annual intake by cutting the number from 190,000 to 170,000. However, this proposal was whacked back by Prime Minister Malcolm Turnbull and Treasurer Scott Morrison.

While it is confirmed that the immigrant ceiling will remain at 190,000, the government is under no hurry to fill this quota though.

The Annual immigration report says that Australia has accepted approximate 190,000 permanent migrants every year since 2011.

For this year, the final statistics will be available in coming months. However, Dutton suggested that the number would be again less than 190,000.

The federal government report found out that the migrants were adding to the Australia’s wealth and aren’t living on welfare or robbing the local worker jobs.

The report further stated, “Migrants have contributed to both Australia’s total GDP and GDP per person. “

The skilled migrants who constitute about 70 per cent of the population contribute towards GDP in a number of ways.

It further added, “The offset Australia’s ageing population, improve labour force participation and productivity, and help businesses to source skills that are difficult to develop at short notice.”

According to the federal government of Australia, the country which gives the maximum number of skilled and qualified migrants is India.

Around 20% of migrants came from India in 2016-17; 38,854 visas were granted thus, making it the biggest pool of skilled migrants and family visa holders.

The Indian born residents currently holds around 3% to 4% of the population in Perth, Sydney, and Melbourne, and around 2% in Brisbane and Adelaide.

In October 2016, the ABS revealed that about $53.4 billion income was generated by the migrant taxpayers.

Around 91 per cent ($49 billion) was earned by the skilled migrant employees.