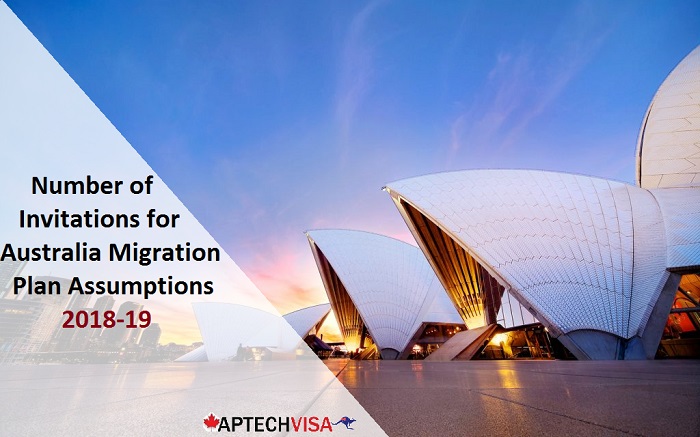 A lot of media speculation is doing the rounds about the number of invitations to be granted for the year 2018/19 skill migration program.

Here, we would like to give a rough estimate about the possible invitation numbers for the current year. The numbers of visas up to June 2019 are expected to go up till 190,000 as compared to the previous year immigration cap 163,000.

The intrusion of political parties and pleasing game for the upcoming Federal Elections will also impact the invitation numbers that might be updated in the upcoming Budget April 2019. Though, it is said that the budget will not impact any 2018/19 figures but instead will reflect the changes in 2019/20 immigration cap but Australia is highly unpredictable and one never knows what really happen next.

Also, there are chances of current government not returning back in the upcoming Federal Election because there is high possibility of Labour Party have strong chances to win.

The Australia Subclass 189 visa category invites migrants who have already applied for the skilled visa and waiting for the invitation round result. Since, past many months the Australian government has increased the immigration intake to 2,500 invitations that points to the total immigration level to reach at 180,000 or 190,000.

Therefore, if this trend continues then the government of Australia will surely surpass its previous immigration intake and the current year will see more number of people getting invitation.

Australia Skilled Visa Programs have high immigration intake and thus, if you are planning to apply then now is the apt time as the coffers are still burning and places are left under skilled migration category.